While addressing the ceremony Dr. Mukhtar Ahmed Chairman Higher Education Commission (HEC) congratulated the university as QAU has marked 50th anniversary of its creation. He said that certainty it’s the time to celebrate but also to set targets for next 50 years. He said that achieving the top position is important but sustaining it needs hard work and commitment. He assured his full support to meet the financial needs of the university. read more >>

Messages on the inauguration of QAU 50th Year

Chancellor (The President of Pakistan)

It is a matter of immense pride for the nation that the Quaid-i-Azam University, which is the leading higher education institution of Pakistan, has entered it’s 50th Year.When the University was established in 1967, Islamabad more >>

It is indeed a great honour for me to be a part of the golden jubilee celebrations of the nation’s premier institution which was founded fifty years ago on this day in 1967. Accept my heartiest congratulations on more >>

‘As QAU marks the start of its 50th Year it is worthwhile to reflect on how far the University has come in terms of its contribution to the knowledge-base and human resources of Pakistan. From a small outpost in what was practically more >> 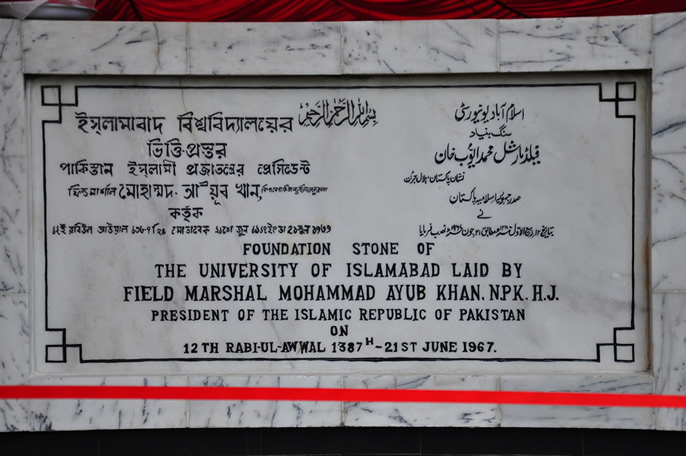 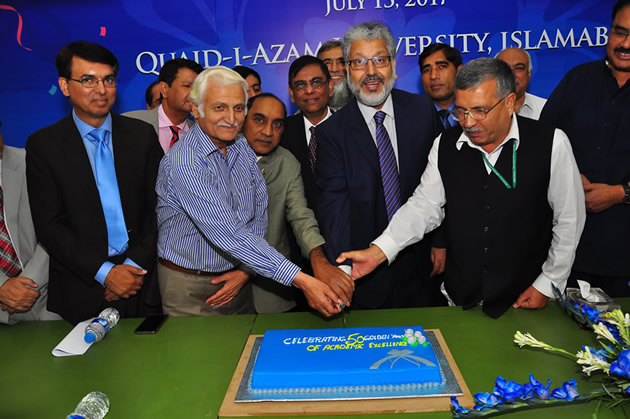